Medicine news
OpenMeal: Need Some Free Food? We’re Expanding to...
Anti-Lockdown Protests: a Display of New Blends of...
OpenMeal: Backing Local Businesses and Individuals Affected by...
May Day During Coronavirus: Politicians and Police Attempt...
Billionaire Dissident Detained in China, the NY Times...
The Disproportionate Impact of COVID-19 on Black Communities
National Conference Call On the Need for Radical...
Do I Need a Multivitamin?
As Virus Spreads, Colleges Punt Students and Keep...
10 Simple and Healthy Ways To End Your...
Home Gym Is Creatine Bad For You? The Ultimate Creatine Guide
Gym

Is Creatine Bad For You? The Ultimate Creatine Guide 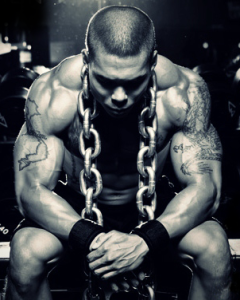 Creatine is one of the few muscle building supplements that is scientifically proven to enhance athletic performance and has been around for a long time. But is creatine bad for you? Are there side effects of creatine that should deter you from taking it?

Bear in mind that if your goal is to take a supplement to improve your overall health, then you likely won’t benefit from taking creatine.

But if you intend on building lean muscle and enhancing your strength and performance, then creatine is certainly a supplement you may want to look into.

Creatine is an organic acid that is used to supply energy to all the cells in your body, particularly skeletal muscle.

It is synthesized naturally in our bodies from amino acids and can also be attained through our diet from foods such as animal proteins and fish (beef, tuna, salmon).

So why don’t we just maximize creatine intake from our diet? In this case, we wouldn’t even need the supplement, right?

Although this is technically possible (1 pound of beef contains 5 grams of creatine), ingesting large amounts of these foods is quite difficult and may actually impose a risk to your health. Just imagine yourself eating a pound of beef or salmon on a daily basis. This is why athletes use an alternative source of creatine (through supplementation) to ensure they can safely get adequate amounts.

What Does Creatine Do? What Are Its Benefits? 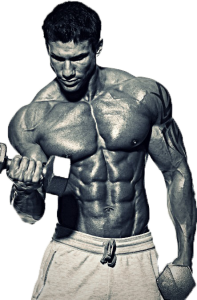 As mentioned above, people use creatine supplements to build muscle and improve athletic performance.

But does creatine actually build muscle? No, not at all.

While performing exercises that require quick bursts of energy such as weight lifting or sprinting, our bodies utilize ATP (adenosine triphosphate) as its primary fuel source.

The problem is that our body has a limited supply of this molecule which is diminished rapidly during high intensity sports. Muscular contractions are dependent on the energy released from ATP and creatine works by replenishing this ATP more rapidly via donation of a phosphate ion.

So in English, creatine gives your muscles more energy to do more work.

As a result of an increase in muscle capacity, you’re capable of performing longer and more strenuous workouts. And the process of increasing the weight and the number of reps you lift is called progressive overload, which is the key to truly building muscle.

Creatine indirectly assists your muscles to undergo progressive overload and as a result, helps you build muscle.

And for the people more concerned with enhancing strength and performance rather than packing on muscle, the mechanism behind those perks should also make sense.

Furthermore, creatine also enables your muscle cells to retain water. In doing so, this will give your muscles a fuller appearance and also cause you to gain some weight (also known as “water weight”). Both of these qualities are usually desirable in the world of bodybuilding.

In general, creatine has shown benefits for high intensity, repetitive exercise that lasts no more than 30 seconds. Studies have not shown significant benefits on endurance type exercises.

The catch: You will only see benefits if you take advantage of this energy boost by hitting the gym. Otherwise it’s just water weight and you won’t get the results you want.

Yes. Creatine is one of the most researched supplements and has hard scientific evidence supporting its claims.

In fact, Natural Standard, the authority on integrative medicine, gives creatine a level A grading for the enhancement of athletic performance (muscle mass and muscle strength). Level A simply means that there is strong scientific evidence showing a significant benefit.

Is Creatine Bad For You? Creatine Side Effects 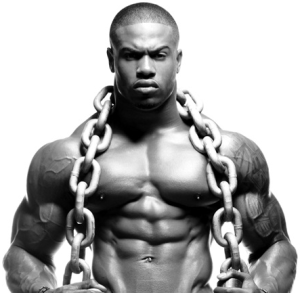 There have been countless studies done on creatine over the past few decades and their data on safety all point to a similar conclusion:

Read:  The Top 5 Mistakes That People Make In The Gym

Creatine supplementation has not been associated with significant side effects in the healthy adult.

What do I mean by “healthy” adult? Well, if you’re someone with kidney disease, then you should obviously avoid using this supplement. In fact, there have been less reports and concern of potential kidney damage from creatine based on the latest evidence. Similarly, creatine may alter liver function in individuals with underling hepatic disease. And in theory, it can alter your insulin levels so diabetics should monitor their blood sugar carefully.

Although creatine is generally well tolerated, certain individuals may experience mild side effects such as upset stomach, muscle cramps, and nausea.

However, these side effects can be easily avoided by following these guidelines:

How Much Creatine Do You Need?

For enhancing athletic strength and performance, studies have used daily doses of 2 to 5 grams or 0.03 grams per kilogram of body weight.

Keep in mind that this dosage is for adults (18 years and older). No studies have been conducted using creatine for enhancing athletic performance in people under 18.

And if you’ve used creatine before or read the dosing label, you’ve probably noticed the initial “loading dose” which recommends you to take 20 grams during the first week.

Here’s the truth: This will do nothing but saturate your muscle cells more quickly and empty your tub of creatine even faster (which the supplement companies love). You can still reach the same level of creatine saturation by ingesting 2-5 grams daily over a longer period of time.

The high loading dose may also make you more susceptible to experiencing side effects (stomach discomfort, nausea, etc.). So personally, I would avoid the loading dose entirely.

Now take the creatine as part of your pre-workout meal and you’re set. Maximum creatine levels are attained in 1.5 to 2.5 hours so aim to get your dose within that time frame before your workout.

How to Find the Best Creatine

Finding the best creatine is simple.

Creatine monohydrate is the only formulation of creatine that is supported by evidence. You don’t need any special flavors or a product that is combined with useless supplements that only serve to drain your wallet.

Supplement manufacturers make bold claims since they’re all trying to sell their own products, as well as unreliable fitness “gurus” online and in your gym who are deluded by a mere placebo effect.

Ignore it and stick with evidence-based creatine monohydrate.

In addition to meeting the requirements listed above, we need to factor in the cost and quality. As mentioned in my previous article on whey protein, Optimum Nutrition conducts extensive testing on its products to ensure it produces the highest quality goods available with negligible contamination. 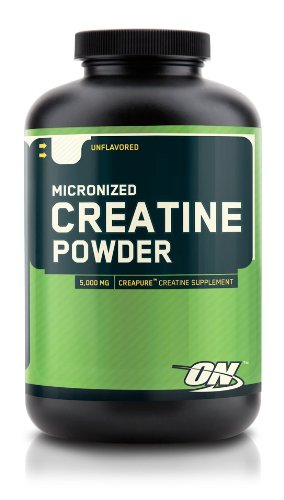 This is micronized creatine monohydrate in the form of powder. It is made with “Creapure” which is known for having the highest level of purity. And of course, it’s made by Optimum Nutrition, giving it the highest quality grading available.

How to Get Lean After Bulking

What to Do If Your Muscles Are Sore...

Warm Up Sets to Maximize Performance and Gains

The Top 5 Mistakes That People Make In...

I heard recently that creatine can increase the rate of hair loss in males that are genetically susceptible to alopecia since it increases DHT. Do you have any thoughts on this?

As far as I remember, there was only a single study that showed a weak association, but it had a number of design flaws which made it difficult to come to a definitive conclusion.

As long as you’re not taking creatine long term (eg. longer than 6 months) on a consistent basis and stick within the appropriate dosing range, I don’t see it being a concern.

I’ve heard that it’s better to mix creatine with fruit juice. Is there any truth to that?

No. I’ll just take it with my pre-workout meal on training days and whenever I remember to on my rest days. Fruit juice is not necessary to enhance the absorption of creatine.

I take the exact brand of creatine you recommend (which is great by the way) but I notice that some of my pre-workout supplements such as Jacked already have some type of creatine in them. So my question is, would taking 2-5 g of creatine like you recommended be too much?

That would depend on the total quantity of creatine you would end up taking from the combination of all those supplements. Do you know how much creatine is contained per serving in your version of Jacked?

This is what makes it so confusing. They never list the exact amount of each ingredient per serving. Creatine is listed as the second ingredient on the ingredient list so I’m guessing it makes up a significant portion of the formula? I typically only take 1 serving before each workout but I do drink a LOT of water though to avoid the possible dehydration you mentioned.

Drinking an adequate amount of water is essential in any situation, but I personally wouldn’t want to ingest an unknown quantity of creatine regularly.

This is why I never recommend products that contain a combination of several supplements. 90% of the time the company will just add a ton of unnecessary junk to make it more enticing to buyers.

Lol I totally know what you mean but after a long, stressful day, there’s nothing like ingesting a bunch of random substances to give you that extra pump 😉 I’m glad I found your site… really sick of all the misleading crap out there.

Haha keep it up man! I’m sure with a little extra willpower, a healthy diet, and a good night’s sleep, you won’t need to rely on that pre-workout mix anymore.